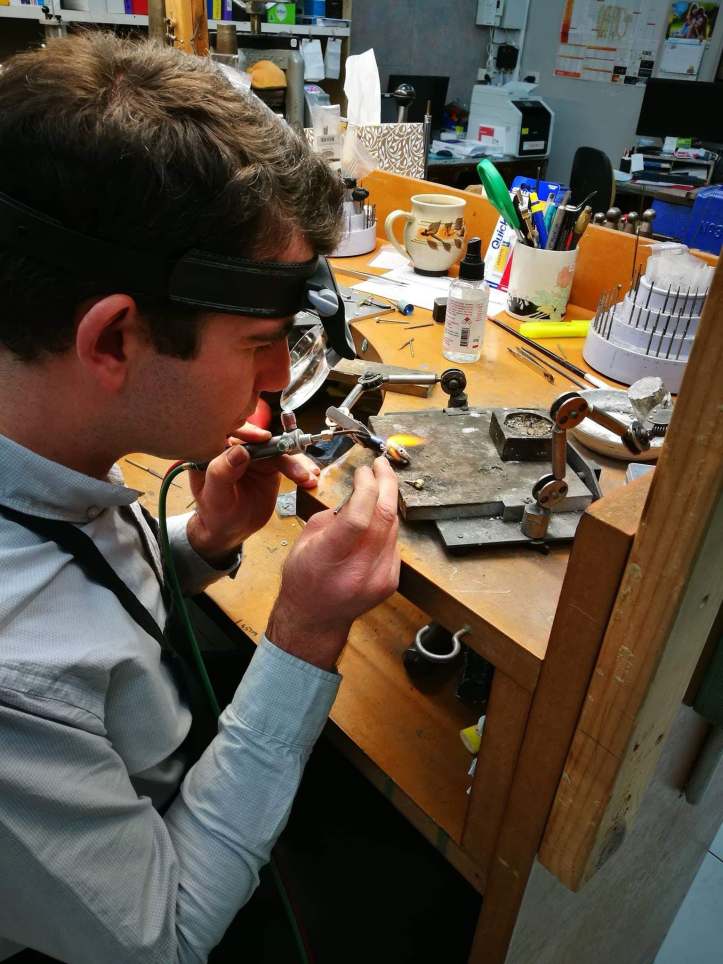 With over 20 jewellery stores in Toowoomba, one would assume the jewellery trade in our city must be doing big business. But are they? In a report published in Jewellery Magazine, Australia’s leading industry magazine, writer Colin Pocklington suggests otherwise. In his article Retail Tips for Prospering in the New Normal, Colin highlights the many challenges facing the jewellery industry.

He identifies worrying trends, from lower population figures, the retirement of Baby Boomers, a decline in labour force participation and the fact that technology/innovation has been primarily used to steal market share, rather than drive growth in jobs and thus not adding wealth to the world economies.

He also predicts the boom in technological advancements will be a disrupting factor that will affect every industry around the world in the form of artificial intelligence, robotics, autonomous vehicles and 3D printing.

Having worked 16 years in the industry as a Trade Qualified Jeweller, Micheal Purdy has seen the changes taking place firsthand.  ‘The industry is probably a dying trade,  jewellers can’t afford to hold apprentices any more. When people get engaged now, I think there’s a lot less emphasis on buying a diamond ring that’s worth a couple of months’ salary.  The limit on spending on items has gone down a lot which is probably a reflection of wage growth.’

So why are there so many jewellery stores in Toowoomba?

‘There are a fair few jewellery shops, but there are not as many actual manufacturing jewellers in Toowoomba.  Only a handful of these which I would recommend shopping at if you want to buy something of quality.  Australian made stuff that will last a long time.’

Customers are seeking custom-made merchandise more than they are the off-the-shelf product.

‘They like the input,’ says Michael, ‘they want to come in and say ‘I want these certain things which I can’t see anywhere else’. ’

With the threat of online stores taking a slice of the market and Amazon issuing a statement in the Sydney Morning Herald in April stating: ‘We’re going to destroy the retail environment in Australia,’ the outlook is bleak.

What does the future hold for Toowoomba jewellery stores?

Jewellers are embracing technology such as 3D printing to help them compete against the flood of generic, mass-produced goods in chain stores. CAD/CAM is a cutting-edge software and manufacturing technology that has become a jeweller’s tool.

‘3D printing, it’s appropriate for jewellery’ says Michael, ‘most jewellery is cast anyway.  We can draw it in the 3D CAD/CAM program and make it perfectly to specification, and we can show the customer what it will look like before making it.

‘People will always need jewellery repaired’ says the Toowoomba Jeweller ‘and then there’s the customer side where people like to go in and talk to someone in person.  Manufacturing jewellers will always have a need from the public.’

‘The workshop, the custom-made stuff, that’s always been strong.  We’ll be focusing on manufacturing in the future for our growth.’